Coca-Cola: the most impressive touchpoints of the world's most famous beverage brand

Coca-Cola is represented in almost every country in the world except for Cuba and North Korea. The company is one of the largest global beverage producers with an operating profit of $8.7 billion in 2018. Already in 1923 Coca-Cola invented the sixpack, which had a great impact for the beverage industry. Still the company has an impressive influence on daily life, which manifests in the following Brand Touchpoints. 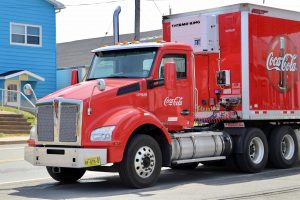 In the pre-Christmas period, the lavishly decorated trucks with the characteristic appearance in red should not be missing. The typical American Freightliners travel from city to city. Only few brands put as much effort into being associated with Christmas as Coca-Cola. For Christmas, Coca-Cola designed the famous Santa Claus Campaign, that significantly shaped the Santa Claus image of today. And for almost 100 years now, Coca-Cola is celebrating Christmas as a very special event. 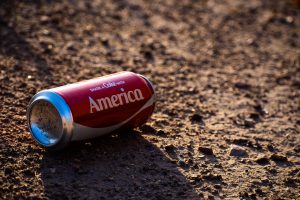 In 2014, the Coca-Cola Company launched its mega-successful „Share a Coke“ campaign in Australia. Coca-Cola as a brand connected emotionally with its customers through personalization. People wanted to buy the customized Coca-Cola to share memorable moments with friends and family on social media. Coca-Cola continuously expanded the campaign worldwide, boosting the number of names from 250 to 1000 and their reach in terms of Facebook fans by 39%. 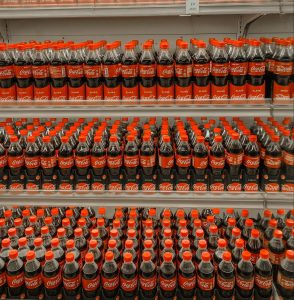 Las Vegas’ World of Coca-Cola was built in 1998 on the famous Las Vegas Strip to showcase the history of Coca-Cola. While the Museum has been moved to Pemberton Place in Atlanta, the building reopened as a store with collectables and unique beverages. Besides the various Coca-Cola merchandising products visitors have the possibility to taste 16 different Coca-Cola products from all over the world or to take a souvenir photo with the famous polar bear, which has been the mascot of the brand since 1922. 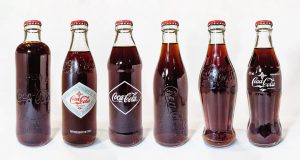 4. The evolution of Coca-Cola4

“Incomparable – to recognize the bottle in the dark and even in a broken state.” With this order the world’s most famous contour bottle was patented in 1916. It is a symbol of brand culture, reflecting the everyday use and design demands. At first, the glass bottle shimmered greenish with its curvature, its ribbing and embedded lettering. The very curvy silhouette of the original design was adapted to the production conditions and the bottle became narrower. In the 21st century, the contour bottle is regarded as the most perfect industrial form of all time. 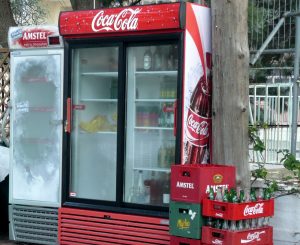 Both the glass door and the side wall of the bright red refrigerator are adorned with the white Coca-Cola lettering. Initially the refrigerators served for celebrations and parties because of the glass door showing at any time the state of filling. The cult refrigerator from Coca-Cola has been produced CFC-free since 1994. The aim is to make a contribution to climate change and a cooperation with Greenpeace has started in 2010.

4. The evolution of Coca-Cola | Photo by renatotrentin | Unsplash